All around the country, Australia’s luxury hotels boast spectacular views - from the changing colours of Uluru, to Sydney’s iconic Harbour, overlooking wineries and getting up-close with a city landmark. Here are ten hotels that have rooms with incredible views that could be ideal for your next business event.

The view: Rooms at the Park Hyatt look over Sydney’s iconic Harbour with some of the best views of the Sydney Opera House and Harbour Bridge. One of the top suites in this luxury property is the Opera View room with its private balcony and uninterrupted views of arguably Australia’s most famous building. The rooftop pool has 360-degree views and can be hired exclusively for events.

Need to know: Set in historical precinct The Rocks, this 144 room and 11 suite property is within easy walking distance of Sydney attractions including the Museum of Contemporary Art, BridgeClimb Sydney and the Sydney Opera House. 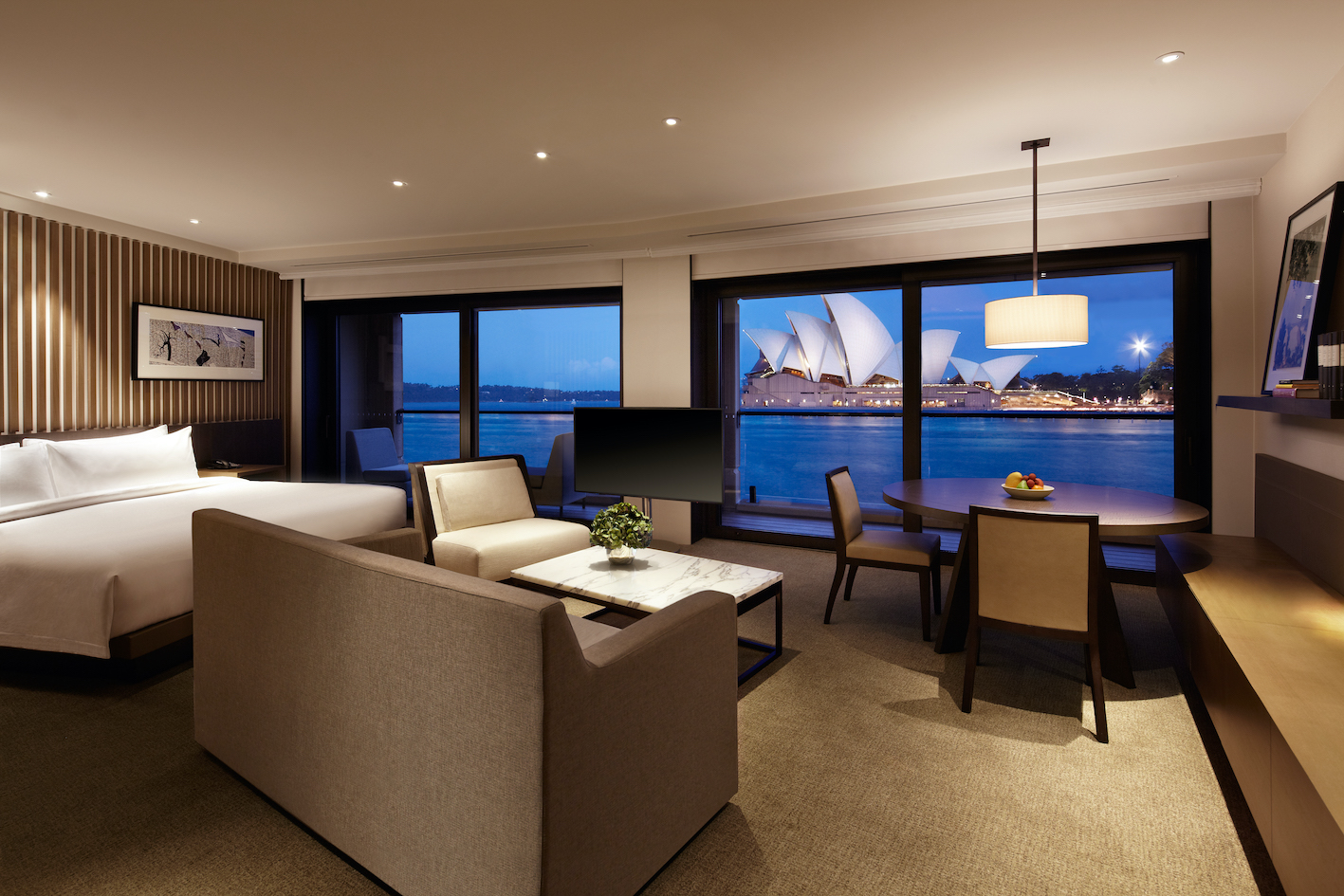 The view: When Sofitel Darling Harbour opened in 2017, it marked the first new-build, international luxury hotel to open in Sydney this millennium. The hotel’s opening was also a major part of Darling Harbour’s revitalisation and as the area’s tallest building, guests are treated to views across the Harbour to the city centre and skyline.

Need to know: Sofitel has 590 luxury rooms including 35 suites. The three bars and signature restaurant also have breathtaking views. 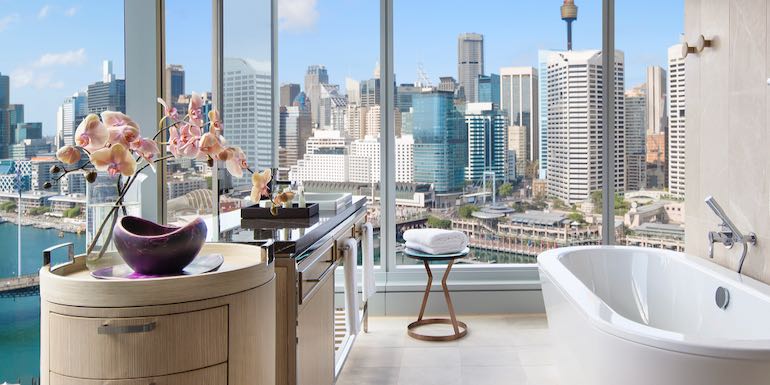 The hotel: The Darling at The Star Gold Coast

The view: The Darling, with its 56 suites, rooftop restaurant ‘Nineteen at The Star’, bar and infinity pool boasts views of the Gold Coast’s beaches, skyscrapers and nighttime lights. The Penthouse Suite has north-facing views looking towards Surfers Paradise with incredible ocean and waterway views thanks to floor-to-ceiling windows and a private 80 square metre balcony.

Need to know: The Darling is part of The Star Gold Coast which boasts several hotels including The Star Grand, restaurants, bars, a casino, spa and an events centre. 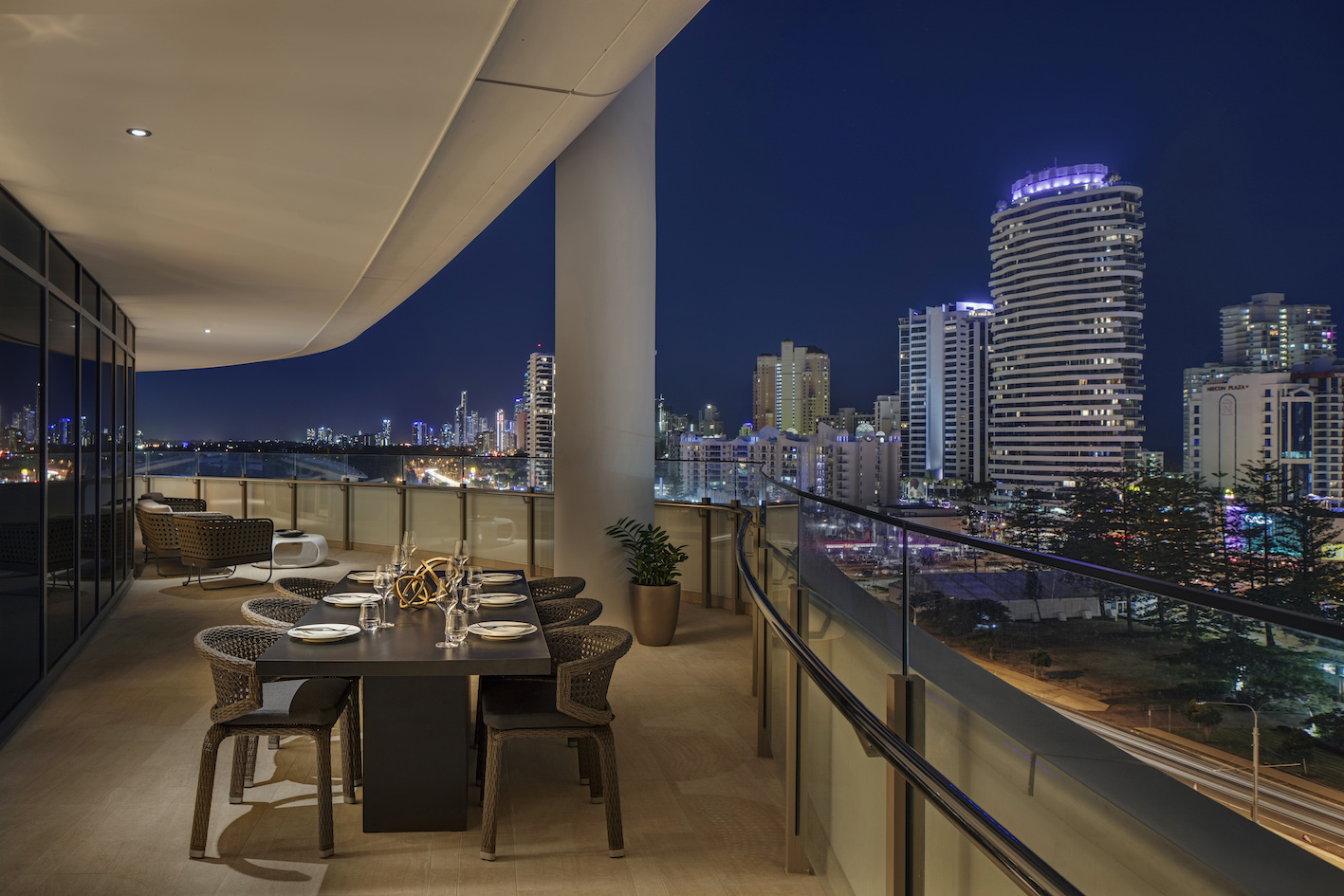 The hotel: The Fantauzzo

The view: Just two kilometres from Brisbane city centre, this new Art Series Hotel is carefully situated on the Brisbane River under the Story Bridge giving a truly unique view of this city landmark. The longest cantilever bridge in Australia, Story Bridge connects the northern and southern suburbs of this river city. Inside the hotel, groups are treated to views of a different kind with artwork by the property’s namesake Vincent Fantauzzo donning the walls. Fantauzzo’s award winning portraits include those of famous Australian actor Heath Ledger, celebrity chef Matt Moran, film director Baz Luhrmann and his wife and Australian actress Asher Keddie.

Need to know: The six-storey 166-suite hotel with three event spaces offers complimentary art tours, multiple restaurants and a rooftop pool and bar that can be hired exclusively. 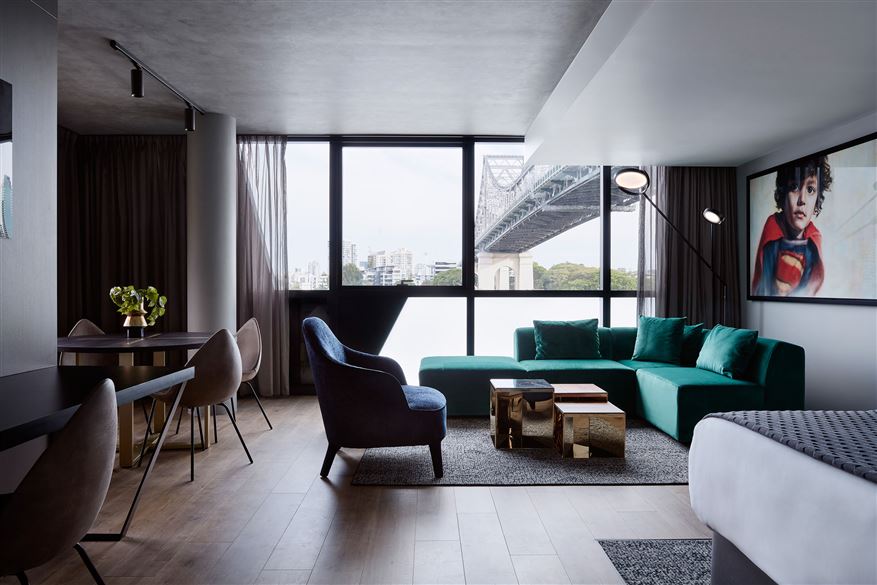 The hotel: Riley by the Crystalbrook Collection

The view: One of three new Cairns properties by Crystalbrook Collection, Riley was designed around a glass tower giving the 55 rooms in the 12-story tower incredible views of the Coral Sea, which contains the Great Barrier Reef. The Panoramic Sea Rooms and Suites, with their custom-made floor-to-ceiling windows, make for an exciting feature as the glass slants on an angle in line with the curves of the tower.  The rooftop bar and restaurant, Rocco, is the perfect spot to taste the extensive champagne and cocktail list.

Need to know: The hotel boasts 311 rooms and suites, six event spaces and a tropical pool that can be hired exclusively for events. 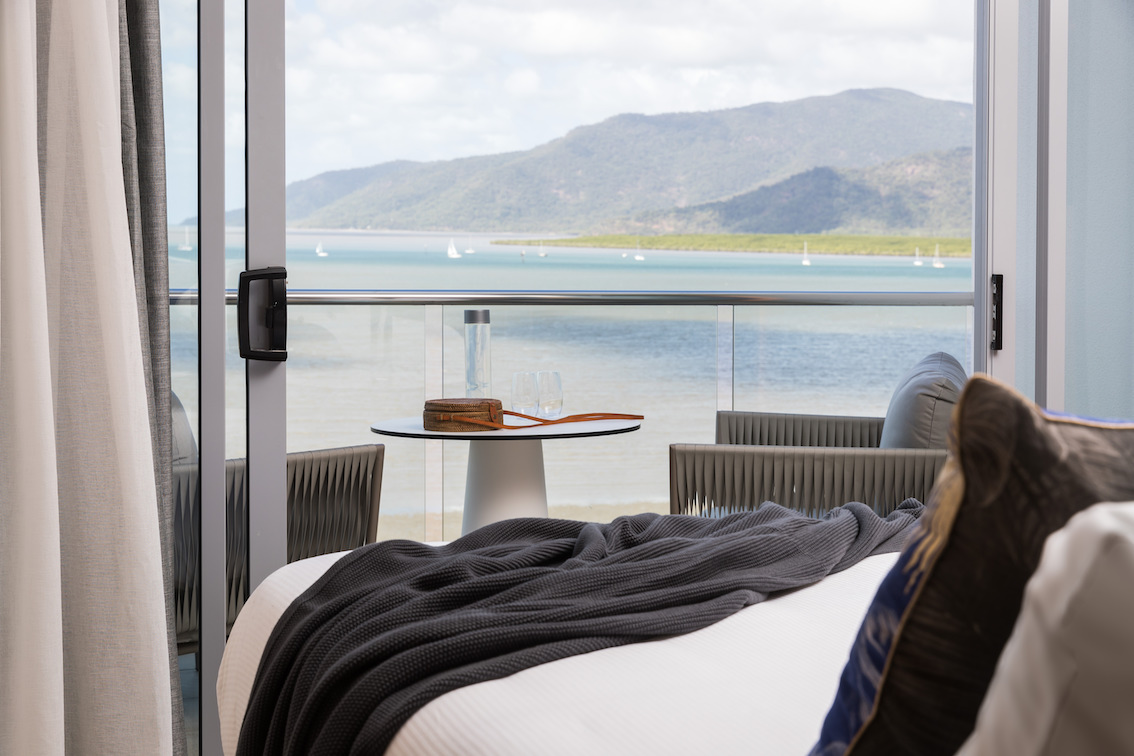 The view: One of many new hotels in Perth, QT is where you’ll find the city’s first rooftop bar. Set on the 18th floor of the hotel, groups will enjoy the expansive cocktail menu whilst taking in views of the city’s recent developments including Optus Stadium that has been dubbed the ‘world’s most beautiful stadium’ after winning the prestigious Prix Versailles Architecture Award - Sports - 2019, as presented by UNESCO and the International Union of Architects.  Two geographical landmarks that shape the city - the Swan River and Perth Hills - are also visible from the QT rooftop.

Need to know: Located in the heart of Perth’s city centre, QT Perth is an 18-storey hotel featuring 184 rooms and seven event spaces capable of hosting up to 315 seated guests. 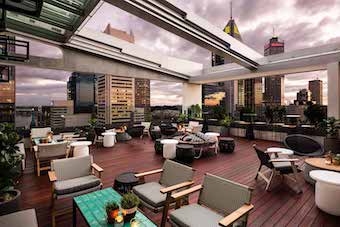 The view: The rooms at Crown Towers have some of the best views of Melbourne across the Yarra River and urban skyline. Located at Crown Melbourne casino and resort complex on the south side of the city, groups will be able to spot some of the tallest buildings including Rialto Towers which was the tallest office tower in the Southern Hemisphere when it was completed in 1986.

Need to know: The hotel has 481 rooms and 11 event spaces. For those wanting to explore the view further, groups can dine at celebrated fine dining restaurant Vue De Monde on the 55th floor of Rialto Towers – renowned for its private dining room, cuisine, commitment to sustainability and sweeping city views. 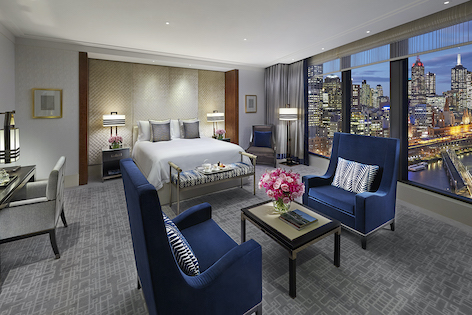 The view: Groups can look into the Tasmanian wilderness from their rooms - this area is renowned for its natural beauty. From moss-covered ancient rainforests and deep river gorges to snow-covered mountain peaks, wild alpine moorlands and glacial lakes, the National Park is revered for its diverse and breath-taking landscapes.

There’s four types of accommodation amongst the 86 rooms with the most luxurious being the King Billy Suites. With double sided wood fire inside and a private hot-tub outdoors, groups can keep warm and cosy whilst taking in the views.

Need to know: The lodge has its own restaurant, bar and bistro and day spa.  A great option for groups is the Tasmanian High Tea prepared by the inhouse pastry chef who houses locally supplied ingredients with a twist of native bush ingredients. 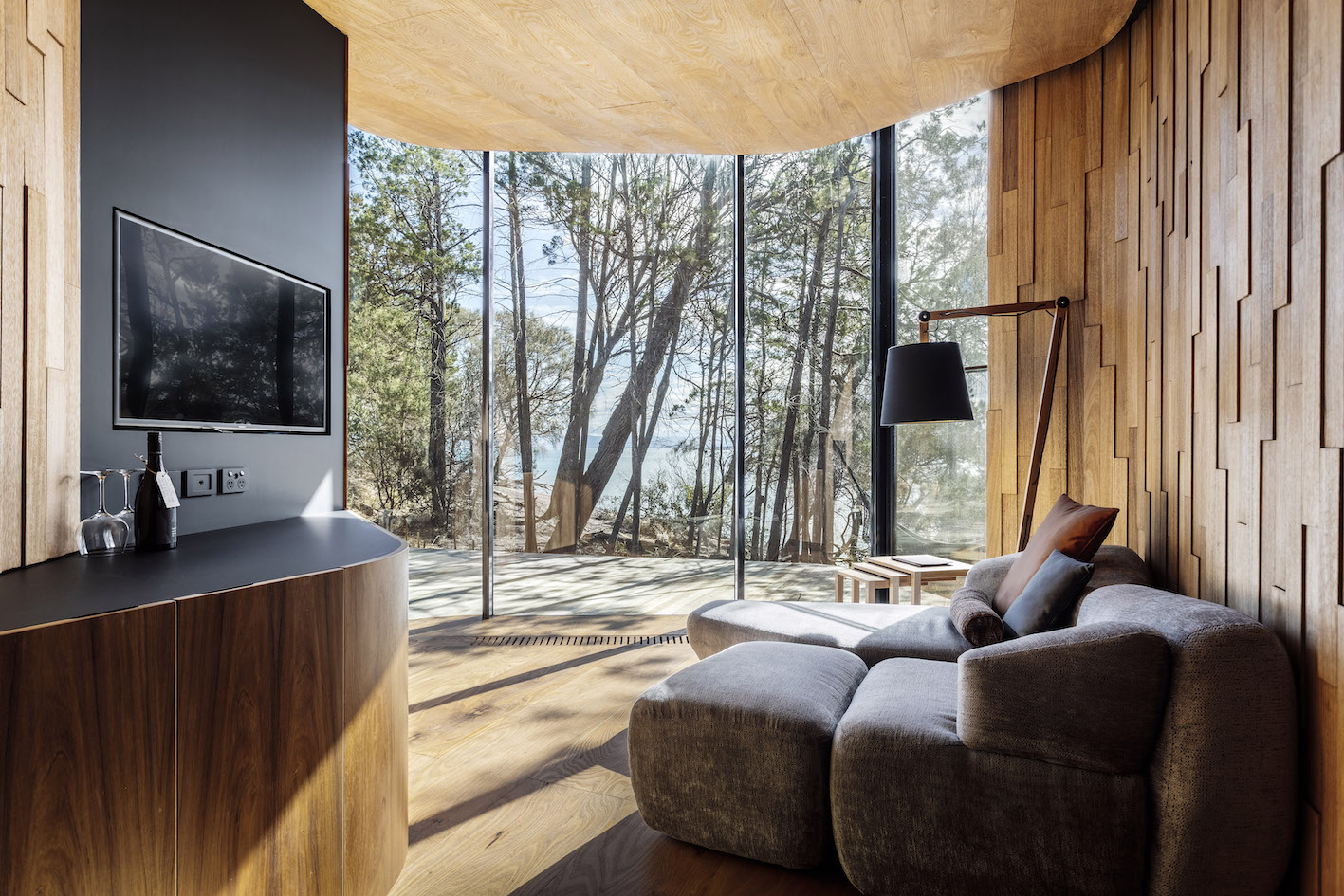 The view: This new luxury hotel (opened November 2019) has views of the Swan River and the redeveloped Elizabeth Quay precinct with its 1.5km of continuous boardwalks and promenades lined with an assortment of restaurants, bars and boutique retailers. The podium rooftop bar is a prime vantage point overlooking the quay.

Need to know: There are 204 luxury hotel suites and a wide range of event spaces including three pre-function spaces and an outdoor bar terrace. The hotel’s signature restaurant and lounge, Hearth, is a modern twist on the great Aussie barbecue 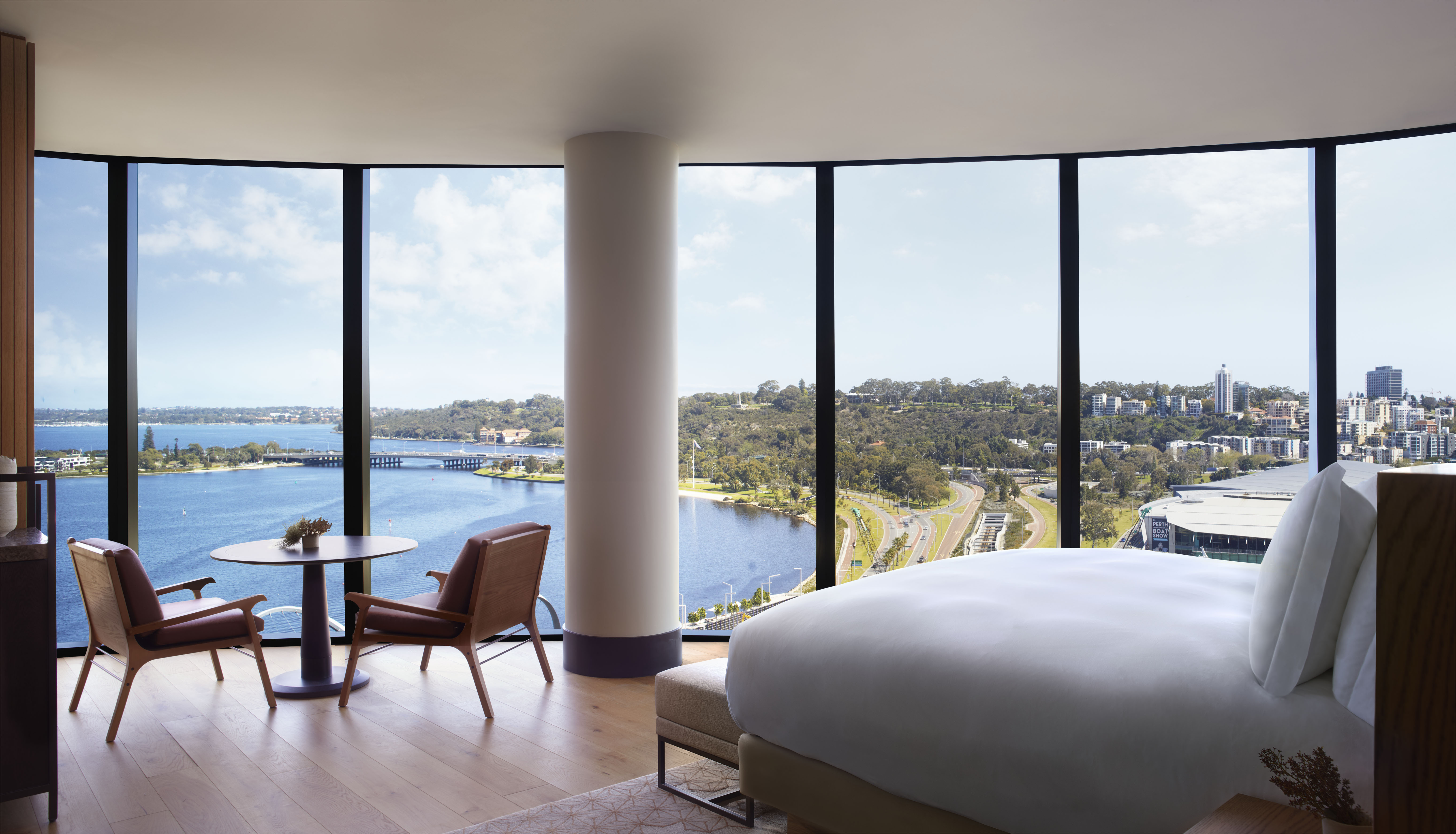 The view: Incentive groups who stay at the luxury Jackalope Hotel in the coastal wine region on the Mornington Peninsula, can indulge in vineyard views from this luxury boutique hotel set within the winery itself. The suites feature floor-to-ceiling windows, perfect for sunset views over the vines that produce cool-climate chardonnay and pinot noir. Signature suites, known as the ‘lairs’, include a 30 square metre terrace overlooking the vineyard.

Need to know: There are 42 rooms and two suites, a 30-metre infinity pool, cocktail bar, contemporary dining restaurant, winery restaurant with cellar door and private dining options. The hotel is located within easy reach of 50 other cellar doors and wineries. 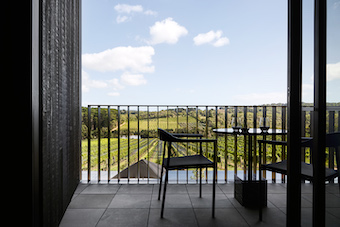 Tweet
More in this category: « Rottnest, Hayman, Kangaroo And Lizard
back to top