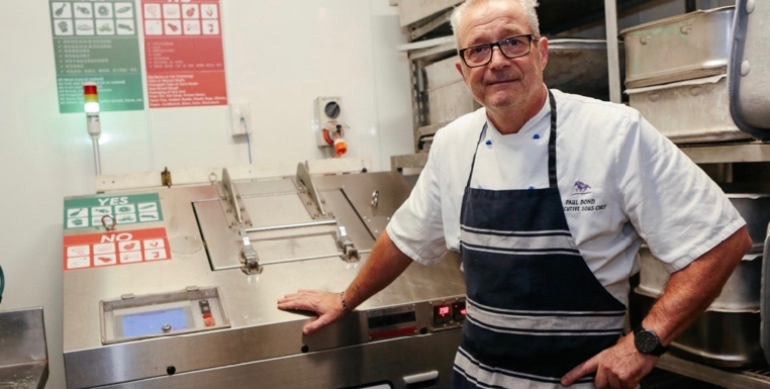 Ellerslie Event Centre (EEC) will lead by example to World Environment Day on June 5, by celebrating the over 30,000 kilos of food waste it has diverted from landfill in the past three years. That’s equivalent to the weight of six elephants! The Event Centre was the first catering organisation in New Zealand to install a digester – a product that uses aerobic digestion to divert waste from its commercial compactor into clear water which then goes into the sewer where it has no impact.

If it weren’t for the digester, the Event Centre’s food waste products would ultimately end up in landfill, which can be harmful to the environment. Food waste that ends up in landfill produces methane emissions.

New Zealanders throw away the equivalent weight of 271 jumbo jets of food annually. *

30% of food is wasted and thrown out globally across the supply chain, contributing to 8% of total global greenhouse gas emissions. **

Fittingly, the theme for World Environment Day 2019 is Air Pollution.

Governments, industry, communities and individuals are being urged to come together to explore renewable energy and green technologies, and improve air quality in cities and regions across the world.  EEC’s “Manco-BioHitech Eco-Safe 4” digests meat, grains, seafood, dairy, bread, pastries – pretty much everything. When producing food on the scale that EEC does, composting isn’t an option.

The digester also allows EEC to monitor and reduce the overall waste it produces.

EEC’s Executive General Manager of Hospitality and Events, Craig Fenwick, says, “Sustainability is important to our business and we are constantly looking at ways in which we can improve things for the betterment of the environment.

'Prior to installing the digester, we could only estimate the volumes of food waste that were being produced here. 'Now that we know we have prevented 30,000kg of waste products going to landfill, it’s something we can feel proud of.'

'Of course, we’re always looking at ways in which we can continue to improve and the digester has played a big role in this. It has enabled us to see which of our events are producing the largest volumes of waste. As a result, we have been able to make tweaks to our menus to help ensure that our waste is being further minimised,' says Fenwick.

'Having food waste going into the digester, as opposed to bins, has also diminished offensive bin odours – helping eliminate the chance of pests being present around our premises,' he finishes.

The digester’s dashboard provides the weight status of the food waste and the corresponding equivalent value of the reduced carbon foot print. According to the United Nations Framework Convention on Climate Change, New Zealand has the second highest waste emissions per capita of developed countries.

* Love Food Hate Waste website – which is run by 60 local body councils around NZ with other partners.

** 30% of food is wasted and thrown out globally across the supply chain, contributing to 8% of total global greenhouse gas emissions

Tweet
More in this category: « Four things your MC should be bringing to the table New scholarship launched for hotel students »
back to top