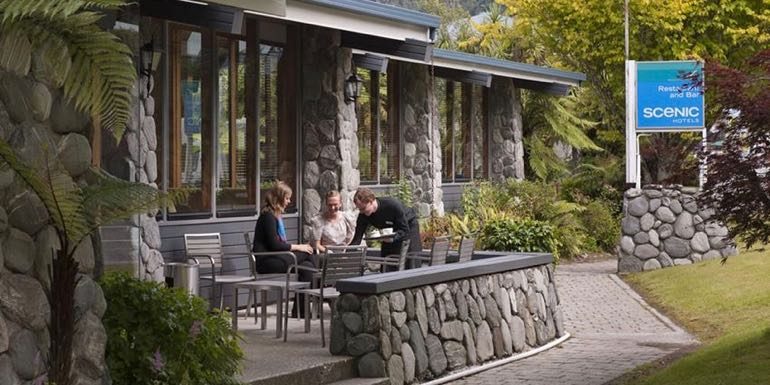 The recent announcement of an Aussie travel bubble has shown immediate results and a significant spike in online activity for New Zealand’s largest Kiwi owned and operated hotel group.

For Scenic Hotel Group it was only a month ago that in the face of ongoing uncertainty and delays around any kind of travel bubble, that it announced the closure of four of its West Coast properties. Scenic Hotel Group Managing Director, Brendan Taylor says, “The recent announcement has offered a lifeline to a crippled tourism sector, and while Australia made up only a portion of international travel, it is a significant number and is hugely welcomed by the sector.”

The enabling of inbound visitors from Australia has given the group enough confidence to halt the hibernation of its largest West Coast property. Taylor explains that the benefits to staff and community are significant in so much as saving jobs which is an absolute priority, but also in increasing the viability of the region to the Australian market.

The 130-room Scenic Hotel Franz Josef Glacier has the largest inventory of rooms in the region and as such markets actively to international groups. Taylor points out that by the strategic selection of this hotel, it has the ability to attract groups business to the region which in turn will share the business around other operators and activities in the area.

Taylor says, “The bubble could not have come soon enough for our people and properties and it is great that we can put the welcome mat out to our Australian guests these coming school holidays.” Taylor noted a 300% spike in web traffic since the announcement with holiday hot spots such as Queenstown welcoming the increase in bookings.

Tweet
More in this category: « Terrace Downs Resort reopens Event partnerships can support the community and economy »
back to top