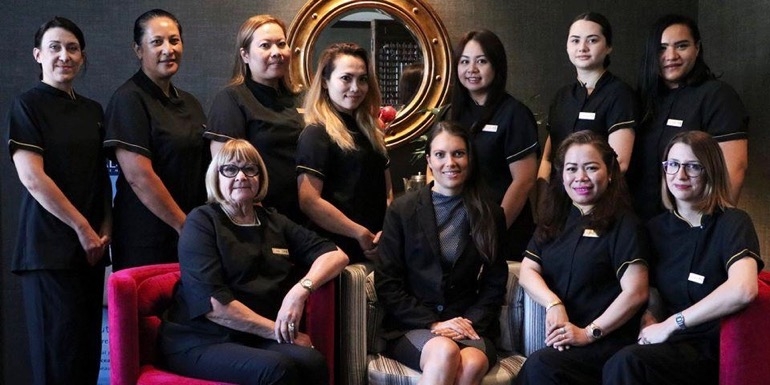 Chuan Spa at Cordis Auckland has been awarded the Luxury Day Spa of the Year Award  in New Zealand. Along with the director of Spa, Victoria Nathan being awarded Best Spa Manager Continent winner for Australia & Oceania. The awards showcase the pinnacle of service excellence for luxury spas around the world.

Located on Level 2 of Cordis Auckland, Chuan Spa offers a holistic approach to health and wellbeing with a pampering range of the latest spa and beauty treatments. Equipped with wellbeing facilities and a state-of-the-art fitness studio, Chuan Spa is a peaceful sanctuary for those seeking to recharge.

Franz Mascarenhas, managing director at Cordis Auckland, says: “We are immensely proud of Victoria and the team at Chuan Spa for the superior service and dedication they have shown to all their customers. For Chuan Spa to be recognized as the leading Luxury Day Spa is a remarkable achievement for the team, and a great honour for Cordis Auckland.”

“At Chuan Spa, it is not just about experiencing a single treatment, we are devoted to the wellbeing of every guest and to bring them on a journey that brings balance to the mind, body and soul. Helping our guests to restore balance in their lives is at the heart of the Chuan experience. We look forward to the continuous support of our valued guests and customers” says Mascarenhas.