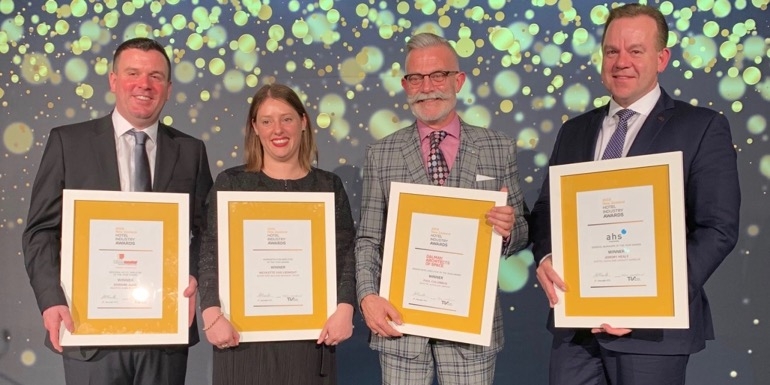 The awards judges said that both general mangers stood out for their leadership and displaying a passion for their work that saw them go beyond the call of duty.

During the award ceremony, Healy was described as a consummate hotelier, whose drive for excellence has been consistently demonstrated in the hotel’s performance, be it profit, employee satisfaction, exceeding guests’ expectations or sustainability measures.

Speaking about the winner of Senior Hotel Executive of the Year, the judges commented that Columbus embodied the complete package of a senior hotel executive. An ambassador for the New Zealand tourism industry, he has consistently achieved outstanding financial performance while leading his team by example and being committed to innovation and excellence.

Columbus is a member of Auckland Tourism, Events and Economic Development’s Destination committee, and is in his fifth year as Auckland regional hotel sector chair for TIA, playing a key role in Auckland’s hotel industry.