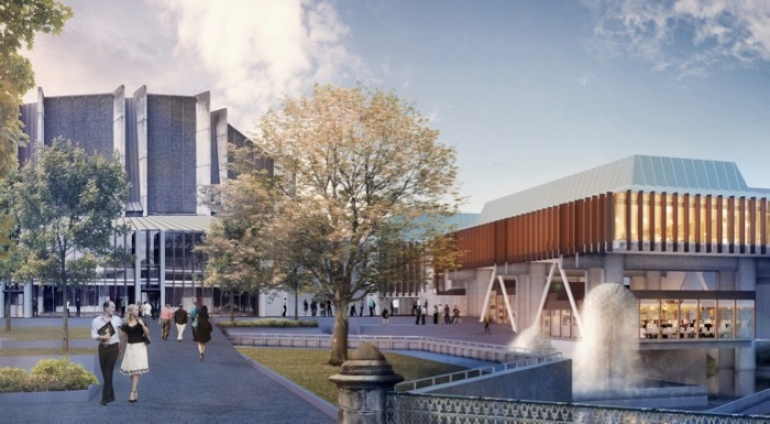 Almost eight years since the 2011 February earthquake forced its closure, and three years since restoration work began, Vbase is gearing up for a busy year when the Christchurch Town Hall reopens for business in March 2019.

In the years following the 2011 earthquakes, Horncastle Arena and the Air Force Museum of New Zealand have provided alternatives to many events traditionally held in the Christchurch Town Hall, such as music festivals, community events and conferences up to 1,500 guests.

Wallace says Vbase is looking forward to bringing these types of events back to Christchurch Town Hall and its reinvigorated purpose-built spaces.

The first contracted event will see the Christchurch Symphony Orchestra return to the Douglas Lilburn Auditorium when they perform alongside popular artist Shapeshifter on Friday 1 March 2019. Other events scheduled in the first six months include national and international conferences, concerts, gala dinners and community events.

The Christchurch Town Hall offers a variety of event spaces including the Douglas Lilburn Auditorium for 2,250 and the James Hay Theatre for up to 1,000. With capacities ranging from 50 to 500 in Victoria, Limes and Avon rooms, the venue offers configurable spaces, innovative technology and views to complement any event from board meetings and conventions to performing arts and weddings.

The building has been undergoing a full restoration and rebuild which will see the it reinstated to its former glory. While its heritage aesthetic will remain largely unchanged, enhancements include modern and integrated technologies, extensive heating and cooling systems, improved accessibility, retractable theatre seating and reconfigured backstage facilities.

ChristchurchNZ general manager destination and attraction Loren Heaphy says the opening of the Christchurch Town Hall is a significant milestone for the city’s event industry.

'A venue of this size and scale helps cement Christchurch as an event destination, attracting major and business events which have a positive economic and social impact on the city. We are excited by the vibrancy the opening of the Christchurch Town Hall, and the events it hosts, will bring to the central city.'