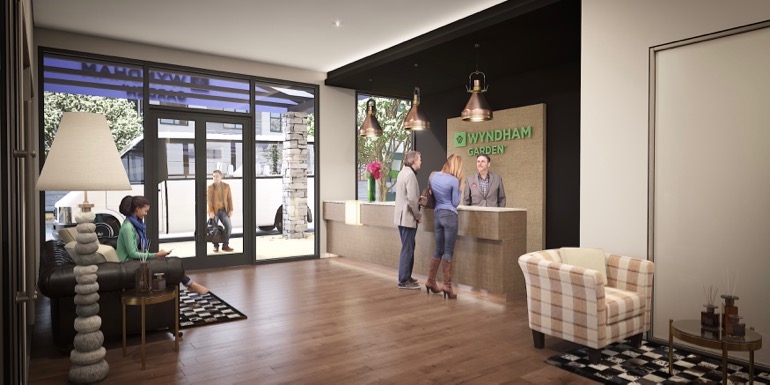 Artist impression of the hotel's lobby

The hotel will feature meeting space, a gym, onsite car parking, and a wide range of accommodation including studios, executive suites, and one-bedroom units complete with kitchen facilities.

It’s also within walking distance of Queenstown Airport and the shuttle to the Remarkables, as well as a short drive from Coronet Peak and The Remarkables snow fields.

‘The increase in visitor arrivals into New Zealand since 2015 has nearly doubled expectations, and that growth is being acutely felt in Queenstown, which accounts for nearly eight percent of the country’s guest nights but lacks new hotel supply,’ he says.

‘This creates an exciting development environment for us to meet the surging demand while also introducing a new brand and the best in personalised hospitality to the marketplace.”
The hotel is set to open next May, and will be the second Wyndham Garden destination in New Zealand.