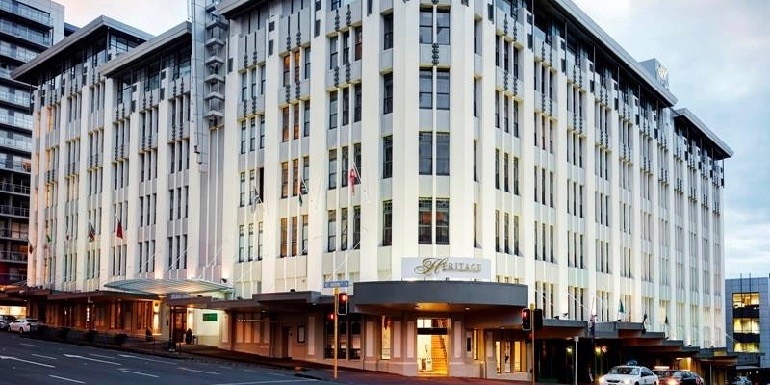 The Heritage Auckland now has a new executive chef at its helm, Gerard O’Keefe.

A plethora of experience under his belt, O’Keefe is also quite familiar with the hotel’s kitchen as he was previously working as the executive sous chef.

Growing up in as the son of a former Navy chef, O’Keefe was introduced to his culinary journey at quite a young age.

‘Dad’s experience catering on ships across the world brought a big range of international dishes to our dining table,’ he says. ‘Meals were quite different from what most kids from Mt Wellington ate at the time as result of it. We dined on searing curries through to delicious Asian dishes.’

Once school was finished, O’Keefe enrolled in a course at the Auckland hotel and chef school, cementing his future career plans.

And then the travel bug caught up with him and the future exec chef was off on an OE.

It was overseas where O’Keefe scored a job as the head chef at the Regent Free house London and a job as chef de partie at Oxo Tower restaurant.

When he finally returned home to Auckland, O’Keefe ventured into the worked at Iguacu and became a tutor at the North Shore International Academy.

‘I enjoyed the challenge of tutoring and shaping new chefs. Often new recruits don’t realise how much stress, time pressure and logistics there is in producing large quantities of meals each evening in a successful restaurant,’ he says.

‘There is little glamour, just a lot of hard work but the rewards are great.’

O’Keefe says he was drawn to the Heritage Auckland because of the way it spearheaded New Zealand’s plant based or vegan cuisine.

“When Heritage Auckland became the first hotel to have a dedicated vegan menu, many in the industry scoffed. But I thought to myself, this company is right on trend and I watched with interest Hectors momentum increase, including becoming the first restaurant to be Vegetarian Society accredited,’ he says.

‘It offers a lot of creativity as a chef, and I am enjoying bringing new flavours into the menus from my background and experience.’

Tweet
More in this category: « Marriott on a mission in NZ Wyndham's new brand in Chch »