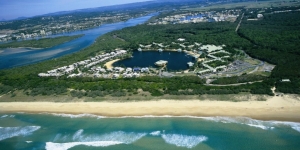 That’s the word according to the organisers of the Panalitix Accountants’ Conference, who were in the final planning stages for the annual conference when Cyclone Debbie smashed into the Whitsundays making it impossible for Hamilton Island to host the 400-delegate event later this month.

Organisers informed delegates of the change of destination less than three weeks before the scheduled start of the event when, it became obvious that Hamilton Island wouldn’t be fully operational to cater for such a major conference.