Air NZ takes off for Tokyo 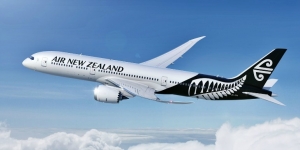 Air New Zealand has officially launched its service to Haneda Tokyo, in response to increased demand for travel between the two countries.

The new service will depart Auckland on Wednesdays, Fridays and Sundays from July – May, offering customers a second point of entry to the Japanese capital alongside the airline’s daily flights to Narita Tokyo Airport.