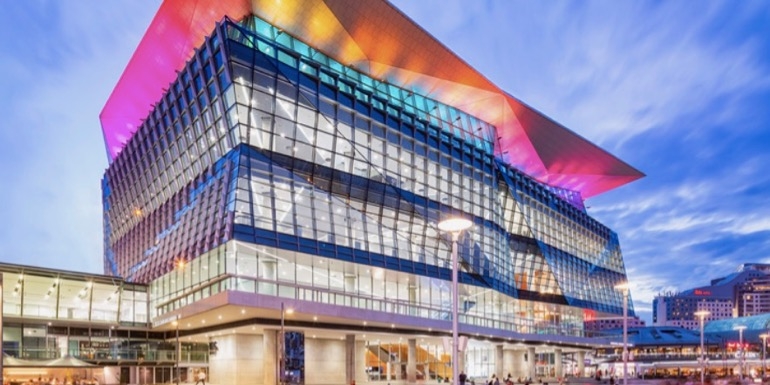 Geoff Donaghy has made it very, very clear – his ambition is that ICC Sydney will deliver the freshest possible foods to the facilities tables, he told media at AIME 2020.

Of course, the freshest food is that which has to travel less, so Donaghy’s pledge also fulfils ICC’s commitment to supporting the local community in particular and NSW in general. CEO Donaghy was also determined to reach a target of at least 80 per cent local grapes for the ICC’s wine offering but has surpassed this and the facility’s wine list is 100 per cent NSW vintages. In the pursuit of local wines, Donaghy was intrigued by the stories of local vintners and commissioned a four-part documentary detailing their journeys. The footage is being released over the coming months.

The support of local food and beverage producers was the founding philosophy of the convention centre’s Feeding Your Performance (FYP) legacy programme, which was developed even before the convention centre opened in 2016 when nearly 130 farmers were scrutinised as possible purveyors to its kitchens.

FYP has since become the cornerstone of ICC’s strategy to offer nutritionally balanced meals to support the energy levels of delegates.

Tweet
More in this category: « The power of seven New Zealand a savvy market says tourism head »
back to top