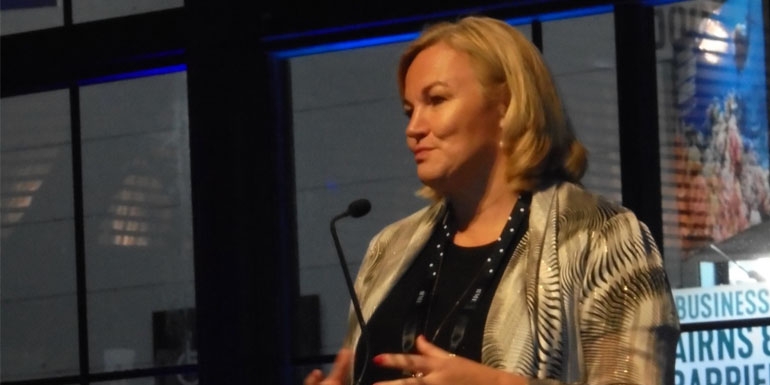 AIME kicked off in Melbourne on Monday with Tourism Australia ceo, Pip Harrison acknowledging that it had been a difficult start to the year with the bushfires that have razed parts of the country.

This time 12 months ago events, visitation and spend was on an upward trajectory, but the fires have had an ‘incredible’ impact on Brand Australia. An exploratory survey of 2000 people in 15 key markets revealed that 61 per cent of those questioned believed the fires were worse than they actually were, and that more than a quarter of Australia was destroyed. But although the leisure market has taken a big hit, the business market is more resilient, says Harrison, adding there have been a couple of cancellations but by and large events are going ahead, most probably because events organisers are better informed.

The COV19 scare and associated restrictions that have decimated the Chinese market in recent weeks have also had a major impact, although that is yet to be fully realised. In the meantime, says Harrison, TA will be doubling down in other markets. Not everything is looking bleak – stats from Dreamtime in Perth late last year show that A$100 million worth of business leads was achieved with 100 per cent of buyers and 98 per cent of sellers being satisfied with their outcomes from the event.

In the immediate future, however, during AIME Tourism Australia will be focusing on the message that the country is safe and its borders are open.

Tweet
More in this category: « Get Global 2020 postponed to 2021 Australia Next - first digital edition »
back to top