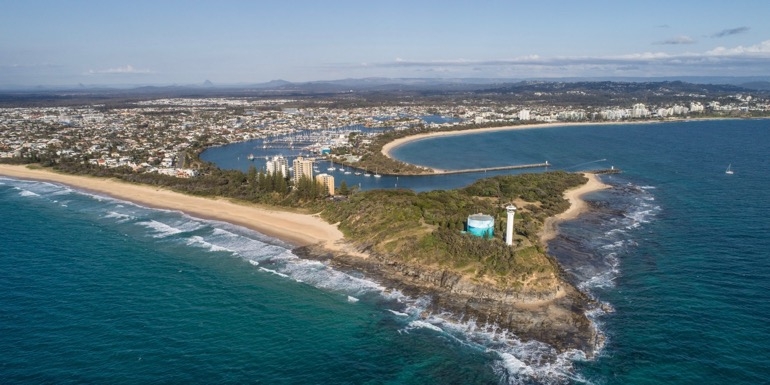 Sunshine Coast to get increased flights from Auckland

Sunshine Coast boosted by expansion of direct flights from AKL

Air New Zealand will increase flights to the Sunshine Coast in a deal that will bring close to 3,000 additional visitors per year to the region.

The new flights will extend the existing seasonal service by two months, with direct flights between Auckland and Sunshine Coast now set to operate for six months a year from April to October.  New Zealand is the Sunshine Coast’s largest international market in terms of visitor numbers, with 78,000 travellers visiting the region in the year ending June 2019 - a growth of close to 19.5 per cent.

CEO of Visit Sunshine Coast, Simon Latchford, said this was an important step towards attracting year-round services from Auckland and other ports in New Zealand.

“Our latest record international visitor figures highlight how strong the demand is for the Sunshine Coast, and with the launch of the new runway next year there are outstanding opportunities for growing the market,” says Latchford. “We thank the Minister for Tourism, Kate Jones, and TEQ for supporting this initiative as it highlights the Sunshine Coast’s international growth potential. “The seasonal service has proven very popular as it allows Kiwis to escape their winter months for a warmer climate and take advantage of our beaches, events, activities, attractions and vibrant food scene. “In addition, we believe the expansion of air-services across the Tasman will provide additional opportunities to grow the meetings and incentives market, attract larger numbers for events, and increase business travel as we develop as a knowledge-worker tourism destination.”

“With seamless connections, there is a fantastic opportunity to further grow key visitor markets beyond New Zealand, particularly the USA, which saw 29 per cent growth in the year ending June 2019,” said Brodie. “It also gives Sunshine Coast residents the opportunity to fly out of their local airport to Auckland and connect with other trans-Tasman destinations such as Queenstown and Dunedin.”

“The Sunshine Coast is a fantastic destination on our network so extending our season by two months by starting during the busy Easter break period is great news for travellers on both sides of the Tasman,”.  “The extended season reflects a 25 per cent increase in the number of seats operating on the route when compared to the previous season.”   says Robertson.

Tweet
More in this category: « Syd #1 for business events Dreamtime 2019 closes in style »
back to top