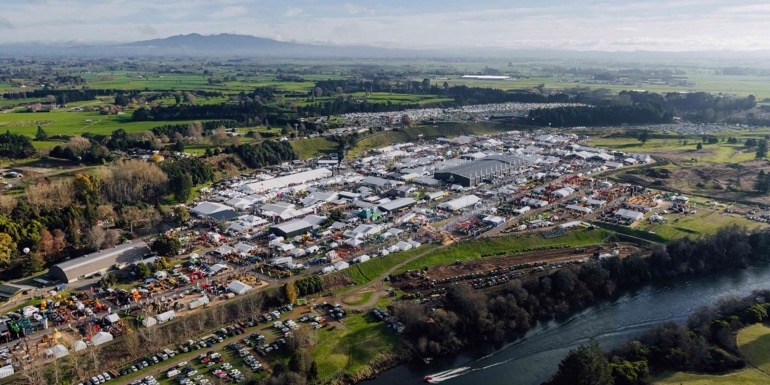 Fieldays® continues to contribute significantly to the regional and national economy according to the recent Economic Impact Report conducted by Dr Warren Hughes of the New Zealand Institute for Business Research at the University of Waikato.

An impressive $549M in sales revenue for New Zealand firms was generated by the event with $183M going into the Waikato region alone. This national sales revenue figure is an increase of over $50M from last year’s figures. Based on the official event attendance figures for 2019 of 128,747, it shows that each person though the gate contributes around $4,200 to the economy.

“It’s really encouraging to see such great numbers in terms of economic contribution, employment and GDP from this year’s Economic Impact Report of Fieldays. We heard from several of our bigger exhibitors that this was a good year for them so it’s great to have this backed up by the numbers,” says Dromgool.

The report states that over 2,000 full-year jobs have been sustained in the New Zealand economy from the 2019 event with almost 900 jobs sustained specifically in the Waikato region.

Another impressive figure from the report was that $247M of additional GDP was generated for the New Zealand economy which is an increase of $21M from 2018. $80M was also added to Waikato’s GDP.

The event also proved hugely beneficial to the Waikato region with it estimated that every gate entry resulted in $312 in direct spending in the Waikato hospitality sectors including accommodation, restaurants, bars and retail trade.

Snapshots from this Economic Impact report was released to exhibitors that attended the Fieldays Stakeholder workshops held in Christchurch, Wellington, Palmerston North, Auckland and Hamilton in early November. The full report was released following the last workshop in Hamilton on Wednesday 13 November.

ABOUT FIELDAYS
Fieldays is based on a 114-hectare site at Mystery Creek 10 minutes from Hamilton and is the largest agricultural event in the Southern Hemisphere.

Fieldays draws people from around the globe – both as exhibitors and visitors. In 2019 Fieldays celebrated its 51st event and saw 128,747 people visit the event.

Fieldays is run by New Zealand National Fieldays Society, a charitable organisation founded in 1968 for the purpose of advancing primary industry.

For more information head to www.fieldays.co.nz

Tweet
More in this category: « PCOA 2019 Kicks off in Sydney Get tropical at Alexandra Park »
back to top