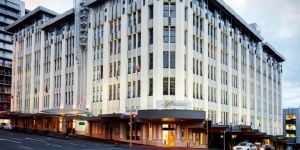 The Heritage Auckland now has a new executive chef at its helm, Gerard O’Keefe.

A plethora of experience under his belt, O’Keefe is also quite familiar with the hotel’s kitchen as he was previously working as the executive sous chef.

Growing up in as the son of a former Navy chef, O’Keefe was introduced to his culinary journey at quite a young age.

Published in Hotel and Venue News
Read more...
Page 2 of 2