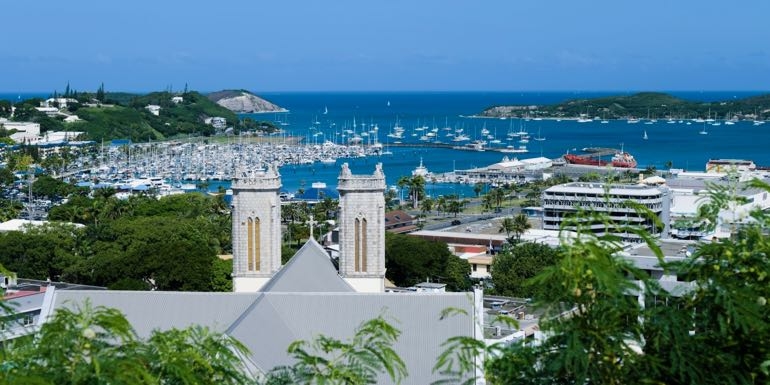 The group’s objective is to forge collaboration and positive discussion between the national governments of the South Pacific and New Zealand, as well as relevant stakeholders throughout the region, and demonstrate there’s a strong appetite from the tourism industries in these countries/territories for a South Pacific Travel Bubble.

A formal letter was submitted by the group to the offices of both the Australian and New Zealand Prime Ministers, outlining the benefits of including the Pacific nations in a regional travel bubble, including:

The group also outlined in its letter that there have only been 88 cases of COVID-19 and zero deaths in New Caledonia, Papua New Guinea, Solomon Islands and Tahiti combined, and that they recognise any proposal for a reopening of international borders would require considerable planning and negotiation between various government bodies, along with strict control measures and enhanced health monitoring.

Andrew Cavallaro, Australian / New Zealand Market Representative, Papua New Guinea Tourism Promotion Authority, said of the group’s lobbying, “Tourism is a vitally important source of employment and economic driver for our South Pacific neighbours, all of whom are heavily reliant on Australian and New Zealand visitors for their survival. We play a pivotal role in helping these Pacific islands find their feet again following the devastating impacts of COVID-19 and opening borders to establish a South Pacific bubble is undoubtedly the fastest and most effective means to helping them reboot."

"With the aim of prompting and quickly progressing these conversations at a government level, we have established a collaborative working group of South Pacific tourism boards to lobby for a South Pacific Bubble akin to the proposed Trans-Tasman Bubble currently being discussed. We hope that by submitting letters of endorsement to the Prime Ministers of Australia and New Zealand, and to both government’s Foreign Affairs and Pacific ministers, that consideration is given for a reopening of borders between Australia, New Zealand and the South Pacific as soon as is safe and practicable.”

Sally Pepermans, Director, New Caledonia Tourism, New Zealand, echoed Andrew’s sentiments. “It’s great to see these four nations coming together and facilitating discussion on a South Pacific travel bubble. Opening travel between New Zealand and the South Pacific will have resounding benefits to the economies and people of New Caledonia, Papua New Guinea, Solomon Islands and Tahiti, as well as to the many New Zealanders who work in travel and tourism and rely on outbound travel,” she said.

“Each of these nations has worked hard to manage COVID-19, and we are committed to working together to foster a safe environment for travel so borders can reopen. We are here, we are ready to talk and most importantly we are ready to welcome our New Zealand neighbours again as soon as possible.”

Tweet
More in this category: « A virtual taste of New Caledonia
back to top