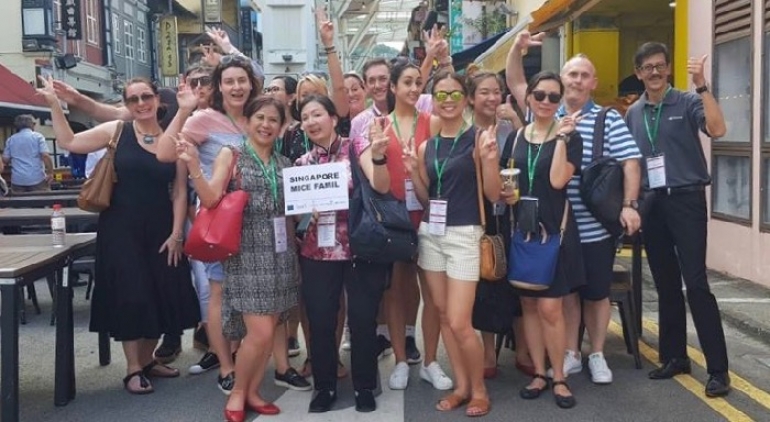 A snapshot of what Singapore has to offer was captured by a group of corporate meeting planners and Professional Conference Officers recently.

Singapore Tourism Board in conjunction with Singapore Airlines recently hosted the group to Singapore to illustrate what the city state has to offer the meetings and corporate group segment.

Land arrangements were provided by Tour East Singapore and the group were accommodated for two nights at the Capella Singapore where they enjoyed a chef’s table experience following an inspection of the property’s rooms and meeting space.

The following two nights were spent at Marina Bay Sands where the group inspected several venues and participated in sunrise yoga at the rooftop Skypark taking in views across Marina Bay.

In what was considered one of the highlights of the trip, the group also participated in a corporate social responsibility initiative at Dignity House which provides food and beverage training to the under-privileged as well as complimentary meals to Singapore’s senior citizens.

Tweet
More in this category: « Scenic Hotels to aid Samoa's measles epidemic IBTM China wraps up in Beijing »
back to top