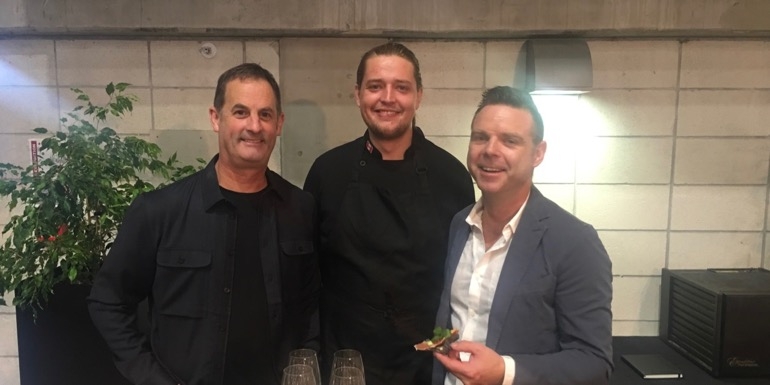 Breaking the fast at Convene 2018

A full day of convening started with a breakfast put on by Austins Food Design, with Dave Sutherland from Whoa! Studios putting on a presentation to get delegates inspired for the day.

Speaking about the concept of being 'there and back' again, Sutherland informed the group on his journey from the corporate world to becoming an entrepreneur and then coming back again with Whoa! Studios' foray into

'One day after having a really good career at IBM I just got bored,' he says.

Sutherland then went on to start a business, and sell it, before kicking off his Whoa! Studios journey.

'I embarked into the unknown. It's that sense of adventure, it's being okay with risks. We grew organically had a bit of fun and sold. I decided to go and do something quite different, but didn't know what,' he says.

'I knew I wanted to give back and when I got this big pay out I decided I didn't need all of it. I had a fascination with the creativity of the film industry and I was always the fun guy for the kids.'

'I also used to think corporate and fun were two separate things, but they're not. It's really just innovation. We've got something to offer corporate by way of creativity and experiences.'

One of those groups, in fact one of the very first groups, was Make a Wish.

'What kept me going was that core desire to give back to the community and make a difference. We were close to opening and I met the new head of Make a Wish Foundation and I knew that we wanted to find these families and create some joy in their lives,' he says.

'It became my mantra and motivation. Despite the 17-hour days and challenges and pressures, we did it. We opened in December and we had all these families be given a meal, a show and some love from a random stranger that didn't know them from a bar of soap.

'If you're ever doing anything figure out what your deepest motivation is and whether it's strong enough to carry the test of time.'

Tweet
More in this category: « Auckland's edu conference win Rebrand for GSE »
back to top