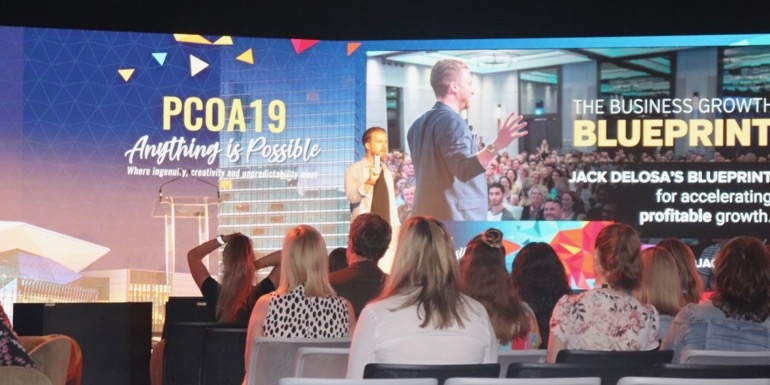 A moment of reflection; a change of direction

Day three of PCOA 2019 began with a solemn call to remember those affected by yesterday’s White Island eruption and the Australian bushfires.

Delegates then settled in to an intense, rapid-fire presentation by Jack Delosa of The Entourage on Ingenuity – solving problems in original, clever and inventive ways.  The game of business is fundamentally changed reckons Delosa and this is because of technology, and as technology constantly evolves now, too, will business and the way we got about it.

Delosa points out that millions of people us social media every day with, for example, 460,000 people a day sign up for a Twitter account, he says.

So for today’s entrepreneurs the mission is to build a social media presence particularly on LinkedIn, which is on the verge of launching video capability, a move that Delosa believes will be huge. Pinterest is one he believes PCOs should look into. You don’t have to use all avenues, just choose two or three and do them really well.

Through these channels an organiser will be able to build, capture and convert an audience in the pursuit of new business.

Tweet
More in this category: « Expecting the unexpected In the Pink »
back to top