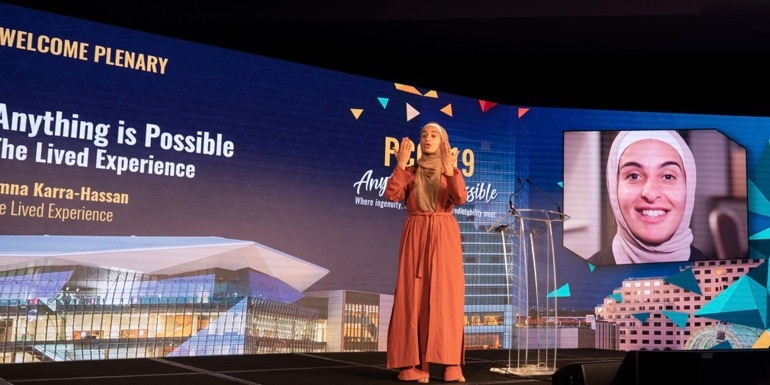 If you can negotiate a traditional and protective father, then you have good grounding for faith in your own ability and instincts.

Just ask Amna Kara-Hassan – Australian, Arab, Muslim, woman – who has navigated a life as a young Australian at school, a dutiful Islamic daughter at home, an officer in the Australian Federal Police, founder of Australia’s first majority Muslim women’s AFL team and the aftermath of 911, the Cronulla riots and the Christchurch mosque shooting.

Kara-Hassan’s message to a full house at the opening of PCOA 2019, was well-received as she enforced the conference’s theme, Anything is Possible.

Kara-Hassan has always had a restless and questioning mind and freely admits this didn’t exactly endear her to her high school teachers, but finally settling into her HSC (Higher School Certificate) was an indication of just who she would become – and that is a formidable force.

She tried to be the very best version of herself, realising that you can’t succeed at everything but it is important to give it your best shot. She has failed many times but reckons she has always learned and therefore a failure is also a success.

Tweet
More in this category: « A night on the ocean wave Expecting the unexpected »
back to top